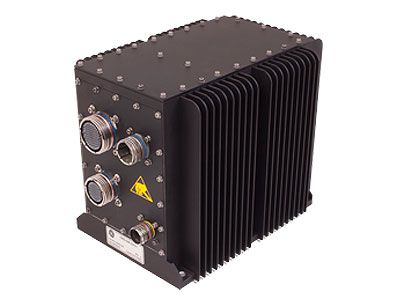 This product entered a Restricted Production Phase (RPP) on February 24, 2015

Abaco Systems ’ IPS5100 is a rugged high performance 360° situational awareness visualization computer that processes real-time video and can connect up to 20 cameras and up to 4 visual displays to present full 360° panoramic display to operators in vehicle (under armor) in a clear, understandable way.

The ready-to-go open standard IPS5100 is optimized for size, weight and power (SWaP) using a rugged 3U VPX COTS system that can be easily integrated into new or existing tactical vehicle software, hardware and human/machine interfaces (HMI).

This visualization system contains a software framework for rendering video input from the cameras into a format that can be displayed on the individual crew station displays. Abaco Systems supplies the client control protocol framework as well as a complete working client example demonstrating a 360° situational awareness environment.The IPS5100 display output format can be adapted to provide custom layouts to meet speciﬁc applications for individual problems and scenarios depending on customer requirements. It has been designed to offer an intuitive user interface with a natural looking, seamless and undistorted perspective when seen by the virtual camera applications.

The IPS5100 is available at Technical Readiness Level (TRL) 6 and can be extended to include capabilities such as slew-to-cue weapons pointing, motion detection and archive recording.