Our BusTools/1553-API runs with PowerPC and Intel X86 processors. The main issue when porting to any new system is getting the board mapped into the system. With a desktop x86 system the bios maps the "plug-n-play" PCI board into the system, so the only porting issue is getting VxWorks to recognize the board's memory region. This requires updating the sysPhysMemDesc table.

On x86 systems you need to do this early in the system initialization process (in sysHwInit), requiring a change to the VxWorks image. You need to add a few lines of code to sysHwInit and modify the sysPhysMemDesc table.

All of these porting issues are described in the VxWorks chapter of the "BusTools/1553-API Software User's Manual". Once you do the mapping, compile the API source into a downloadable application. The API code should readily compile for the Pentium by defining a few API compiler directives. 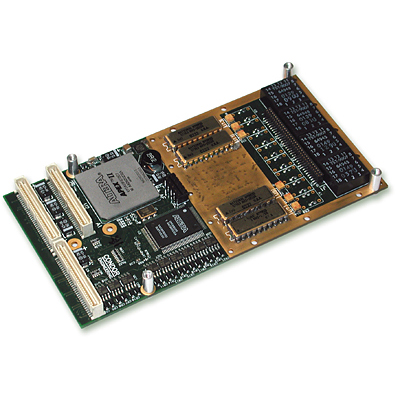