Last week, I attended a division meeting of the National Defense Industry Association (NDIA) in Crystal City, VA. It was a fascinating and very worthwhile session – not least because one of the key topics was one close to our hearts here at Abaco – the security of our warfighters.

It was interesting that, here too, there was much concern about the potential threat posed by the Chinese. A startling figure: in China, it seems, there are no fewer than 1,300 start-ups, all engaged in electronics development. Here in the US, it’s very different. The reasons are simple: according to one speaker, it’s estimated to cost $3 million to get to the prototype stage of a new integrated circuit – and $20 million to get to first working silicon. For most venture capitalists, that’s not attractive – so start-ups here find it much more difficult to get funding. The same speaker mentioned that it took 8,000 man hours of effort for NVIDIA to get its Xavier chip done.

A panel discussion also reviewed what’s going on in China. The Chinese have a 2030 goal to be the lead IC producer in the world: there is heavy government investment in this. Today, the US controls 46.6% of the IC market – while the Chinese control just 5%. The “Made in China” initiative is very ambitious and capital intensive - but it is state sponsored.

But: according to many at the meeting, designing significantly more security into the silicon on which our armed forces rely is an imperative – and to ensure it’s manufactured securely too. There was talk of side channel attacks, reverse engineering threats, malicious hardware – such as that reported by Bloomberg last year, with a highly suspicious IC found on boards made offshore for Supermicro – and potential issues in the supply chain. The latter is something that our COO, Chris Cummins, talked about in his blog post for Military Embedded Systems magazine.  In his recent presentation at ETT, Chris also talked about design traceability – something on which DARPA is apparently focused.

It was also interesting to hear discussion of GaN/GaO as a subject of research between AFRL and DARPA in terms of IC manufacture. Gallium nitride is already well characterized, with specific attraction for our armed forces because of its demonstrated stability in radiation environments. Gallium oxide is a little behind, but showing potential.

It became clear that ARL, AFRL and NRL are prioritizing applications that mirror our priorities at Abaco .  AFRL, for example, have AI, machine learning, autonomy, digital beamforming, tamper resistance, high temperature electronics and hypersonics on their list – all things that we’re working on. On the latter: expect to hear something from Abaco in the near future…

Overall, an instructive and illuminating day. 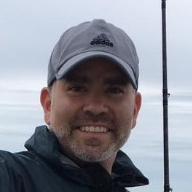 Noel Goldstein joined Abaco in October 2018 as Director Of Business Development. His previous assignment was as Senior Business Development Executive/Sales Director at CACI International. Noel’s career history includes spells at Leidos and Lockheed Martin. He has an MSc in Engineering Management from Drexel University, having earlier gained a BME in Mechanical Engineering from the University of Delaware.