Last week, the design team for the SBC347D single board computer received their award from Mentor Graphics (originally announced here) as the winner of “Best Overall Design” in Mentor’s 26th annual PCB Technology Leadership Awards. The award was presented to the team—Jim Rose, Zeshan Hussain, Eric Mills and Peter Woodruff—who are based at Abaco’s Towcester, England facility, at a celebratory dinner by Simon Vines, PCB Applications Group Manager at Mentor Graphics. 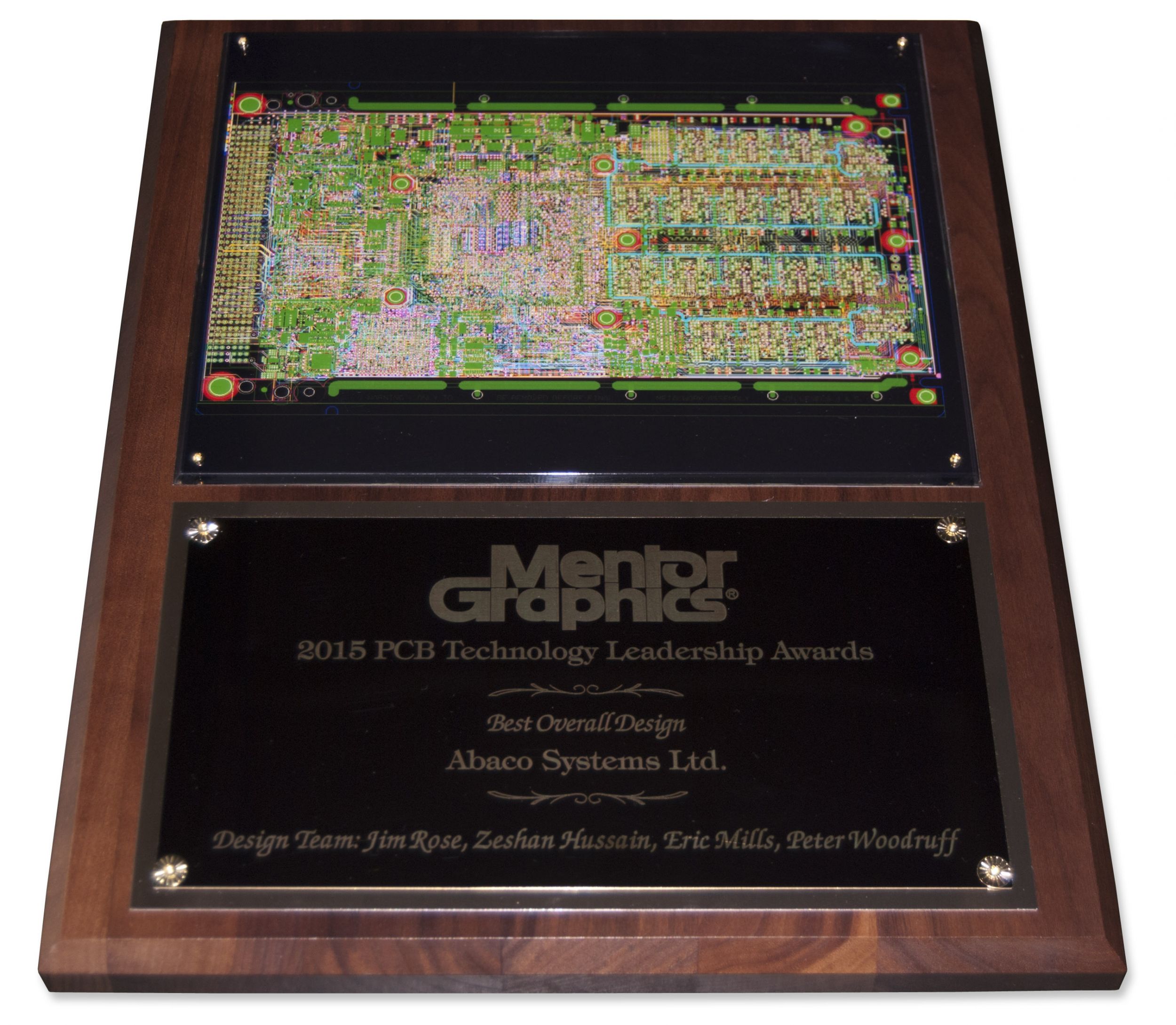 This represented Abaco’s fifth Mentor Graphics Technology Leadership Award, and second as outright winner. This year, it is believed that there were several hundred entries, and the judges comprised eight leading experts in the field of electronic design:

The judges, who reach their conclusions independently, have no prior knowledge of where the designs were created or by whom or which company.

"Our annual PCB Technology Leadership Awards contest provides a worldwide opportunity for talented designers to showcase innovative designs. Each year we see ever increasing challenges and the use of new technologies implemented," said A.J. Incorvaia, vice president and general manager of Mentor Graphics Systems Design Division at the time of the announcement of this year’s competition. "The submissions for this contest are really quite impressive. We are expecting this year's competition to be bigger than ever, with entries from many major electronics companies, as well as from smaller teams."

The Mentor TLA contest is open to any designs created with the Mentor PCB solutions, including the Xpedition, PADS and Board Station design flows. Judging is based on overcoming complexity challenges, such as small form factor, high-speed content, design team collaboration, advanced PCB fabrication technologies and design-cycle time reduction.

Ian McMurray started his 40-year career in the technology industry back when 4K wasn’t the latest TV resolution — it was as much memory as you needed to write a complete, integrated accounting system for a computer. He started life as a mainframe salesman but eventually succumbed to the lure of marketing, and has since held a variety of European and worldwide marketing management positions, as well as occasional forays into sales training and development. He’s now the PR guy for Abaco Systems, and is based in Towcester, England.