Abaco and the Bad Guys

There are few of the 2.5 billion internet-connected people in the world that have not heard about “hacking.” (Not least due to the publicity surrounding the Yahoo break-in, WikiLeaks and even the recent US presidential election.)

For those of us engaged in producing embedded computing for military and aerospace applications, cyber security is a very big concern, and we spend a great deal of effort in protecting our products both at the hardware and the software level.

Threats to our nation’s security abound; they extend from the highest levels of opposing governments down to “…somebody sitting on their bed…” (My son owns an advertising agency and I Iook after his server. He has had three separate concerted probes from within China in just the last six months. He’s not what anyone would call a high value target—and yet…)

The truth is that not only is the cost of attempted hacking incredibly low, and the potential for getting caught is incredibly small—but the potential for profit is unimaginably huge. The infamous Russian hacker Evgeniy Mikhailovich Bogachev is said to be responsible directly and through compatriots for the theft of hundreds of millions of dollars from US and other banks in only a five year period. Bogachev currently has a $3 million bounty on his head (posted two years ago) and no one is turning him in. That tells me that he is more valuable to his pals than that piddling “ransom.”

There are “botnets” of sometimes thousands of the home computers of unsuspecting users in operation every day. (Do you run anti-malware software? Do you use simple passwords? Do you open email links or download cat videos from people you don’t know? If you do, you may be in one or more botnets.) There are Trojans lurking in email attachments and even logic bombs and worms on SCADA systems (did you ever hear of Stuxnet?) brought in by a simple “thumb drive.”

As terrifying as the violation of our personal computers and finances is, it pales in comparison to the damage state—and non-state—actors can do to military systems. The US government employs robust safeguards (that are constantly being upgraded—look up “Einstein,” for example) in order to limit intrusions, especially “zero day attacks” (threats that are not detected until seen in action, only then to be quashed). The US military employs even more robust measures against GPS “spoofing,” zero day attacks, worms, Trojans and logic bombs.

We at Abaco fully comply with these requirements. We build the hardware that facilitates that protection and also ensures that, should our hardware fall into the wrong hands, the technology and information on our hardware is rendered unusable.

So: strengthen your passwords; don’t respond to Nigerian princes; use caution when opening attachments; and keep your anti-malware up-to-date. We’ll keep building robust hardware that will stand up to the bad guys and we’ll all be better off. 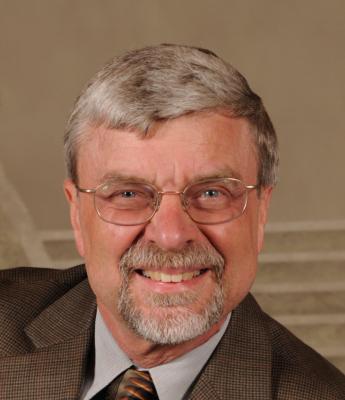 Larry Schaffer has been with us in a business development role since 2001, and works to create and maintain long-term, strategic relationships with key companies engaged in embedded computing for ground systems applications with a strong emphasis on image processing and distribution. He was born in Pennsylvania and educated as an Electrical Engineer in New Jersey and California (where he now lives). Just don’t ask him to tell you about being a war baby…